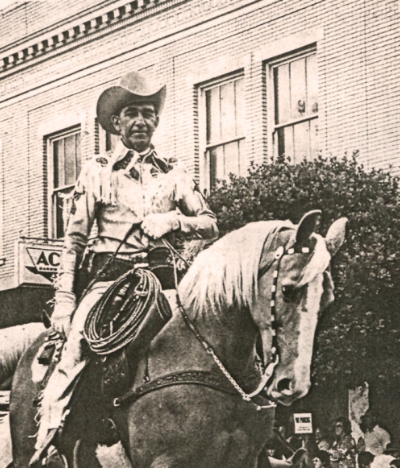 In the summer of 1929, a meeting was held in Hollister by a group composed principally of owners or managers of the larger cattle ranches of San Benito County, but including horse lovers generally. These men met for the purpose of considering the feasibility of staging a rodeo-type show in conjunction with the annual county fair.

It was recognized by those in attendance, that over the years, native, reined cow horses had been often featured in rodeo-type exhibitions in various sections of San Benito County, notably San Juan Bautista, Hollister and Panoche, and while the ventures were not financially successful, they were exceedingly popular with the residents of the county. So, first deciding that it was both desirable and feasible and that all present were willing to work for it, the next decision was that the show should feature principally the cowboy and cow horse contests, putting them on in much the same way as the California Rodeo at Salinas, but with the important distinction that it would be run, both in management and participation, by San Benito County residents exclusively. The dates for the first show were set to coincide with the last two days of the fair, September 28 and 29, 1929.

The ground allotted for use was the old river bottom, largely sand and gravel and covered with a rambling assortment of large and small willow and cottonwood trees. Men from various ranches in the county, as they could be spared, erected corrals, arena fencing and a chute from which came the steers for roping and the bucking bulls. The broncs were saddled in the open, snubbed to a gentle horse. Horses were stabled wherever room was found. Several groups built small separate corrals among the willows back of the arena. Wells were dug in the river bottom for water.

In 1930 a circular track was built to accommodate the horse races which were a popular event; also, more corrals and a second chute were added.

From this humble beginning the Saddle Horse Show has evolved to what it is today.